Despite Eugene, Oregon's recent victory over the ban of neonicotinoid pesticides - a nicotine type poison implicated in the decline of bees - another massive bee dieoff killed an estimated 5000 bees last week. Blossoming Linden trees were doused with a neonicotinoid pesticide to kill the aphids that drop a sticky substance onto the cars below. Lisa Arkin, executive director of Beyond Toxics, writes: How ironic to celebrate National Pollinator Week in Eugene, America’s Most Bee-Friendly City (the city has banned the use of neonicotinoids on city property) while witnessing the suffering of the bees who fell prey to the pesticide spray. 'National Pollinator Week was designated by the U.S. Senate seven years ago to raise awareness that bees, butterflies and bats are necessary for 90 percent of flowering plants to reproduce'.1

The culpable party, The Glass Tree Care and Spray Service, has had their license revoked pending further education in safe practices; however, the use of any pesticides are harmful. They were also ordered to completely cover the foliage of the linden trees, a futile measure given neonicotinoids are systemic and will continue to do damage to the bees and other insects that visit the trees once the netting is removed. 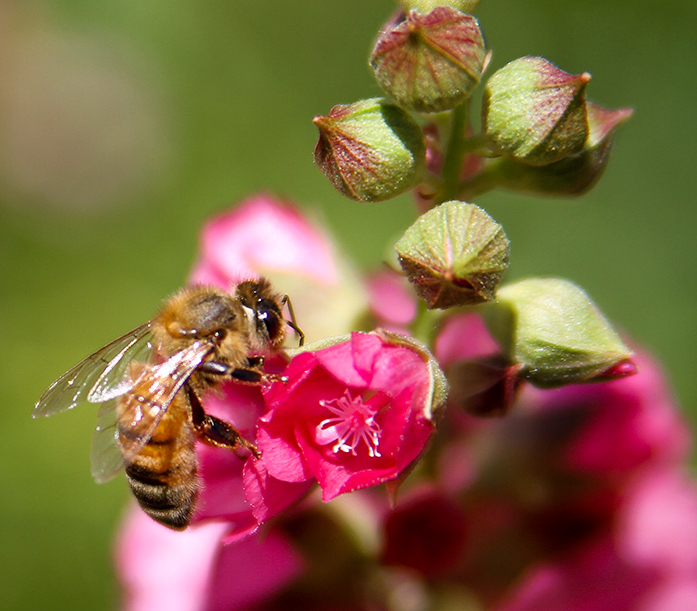 I photographed the (above) bee at the Owen Rose Garden last week. As i was leaving the garden I saw a sign posted at the entrance warning that on the following day Roundup was going to be sprayed on the invasive weeds in some of the flower beds. While not a neonicotinoid, glysophate pesticides like Roundup are also implicated in the demise of bees.2

It looks like Eugene's victory for the bees cannot yet be claimed, not until these unsafe and deadly pesticides are completely and permanently banned from use.

Bees are essential to the pollination of one-third (some estimate two-thirds) of the food supply. Without bees, they'll be none of these . . . 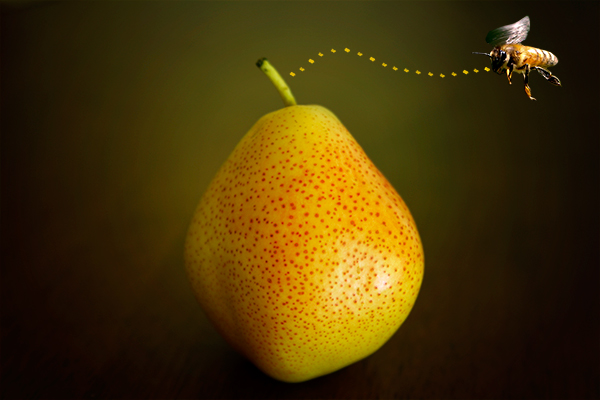 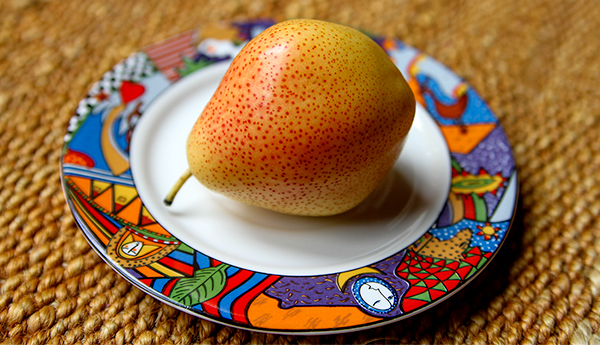 1. Bumblebee die-off in Eugene under investigation

2. Yet Another Suspect in CCD/Dwindling?